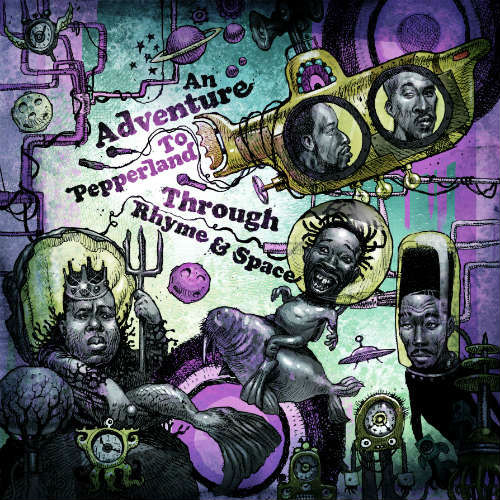 Looks like I called it right. Here is the brand new project from beatsmith extraordinaire Tom Caruana, the rather wordily titled An Adventure to Pepperland Through Time and Space which from this point onwards, people with refer to as The Beatles vs [mostly] 90’s Rap. Taking the if it ain’t broke, don’t fix it formula he used to great effect with his Beatles vs Wu-Tang and Jimi Hendrix vs Wu-Tang projects, the latest one sees beats created from The Beatles back catalogue as well as cover versions, and acapellas from some of the biggest Hip Hop luminaries of the nineties. And being the nice guy that Tom is, he’s giving you a double album’s worth of these tracks, plus instrumentals as well. And he’s not asking for anything in return. What a diamond.
• Koaste