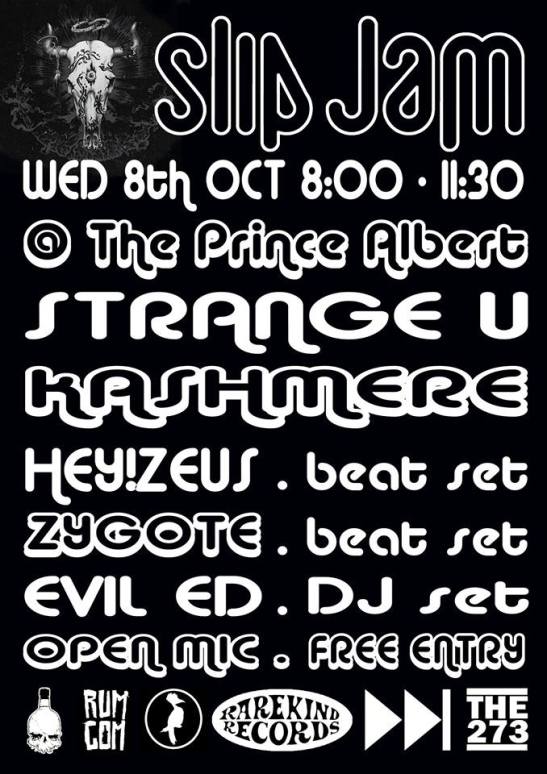 Possibly my favourite line from Kashmere on the new Strange U EP #2040 is in Part Machine‘s hook. “They want to put a chip right there in my spine” he starts, misleading anyone whose vague impression of Kashmere as a vaguely countercultural hipster type might make them think cybernetic implants are a tool of the illuminati. He doesn’t care about being tracked, he’s all for body augmentation! “I look them in the face like, ‘where do I sign?’” It’s good, but on balance I think I prefer the bit a few minutes later when he ends a verse with an utterly gleeful “secret societies are doing us a favour” like he’s had an ecstatic anamnesis and realised he was down with the illuminati, Fox News and the Bullingdon Mob all along.

It’s a strong EP overall though, so there’s a fair few zingers spread over the other six tracks, too. The bit in Vaporous where he tells us to “masturbate to your digital persona every day” like he’s so past all that nonsense himself. Each and every P-Funk reference in Strange Ones. The brief mention of “pan-African adamantium” in the final track Strange Universe In Africa. Actually, all of Strange Universe In Africa, surely one of the most powerful tracks Kashmere has ever recorded with its deft shifts of tone from scathing to witty to sentimental. When he says “Thelonious Monk all up in your pulmonary trunk” about forty seconds into Falcon Punch.

And it’s free! Don’t you just love the modern world?

Also free is the Strange U shows at Slip Jam tonight. The rest of the bill doesn’t look too shabby, either. I think Strange U might also be doing a show in Rare Kind at some point in the day if you can’t get enough strangeness in your universe.

This entry was posted on October 8, 2014 by Ringo P in 2wo 7even 3hree, Live and Direct, Live From The UK and tagged Evil Ed, Hey!Zeus, Kashmere, Slip Jam, Strange U, Zygote.