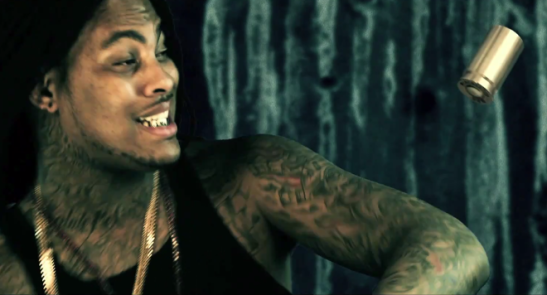 It’s always engaging to hear an artist in the grip of psychic breakdown. That’s why major label music is always better, ain’t nothing like a life in the music industry to bring on mental health issues. Gucci Mane‘s ‘Say Dat Den‘ is a classic example. The poor bastard’s obviously narked at folk not expressing their true motivations. You want drugs? You’re broke and want money? Say that then, for fucks sake. S’better he find out now than in the long run. Gucci’s got other stuff to think about. He wants his girlfriend to hide him in the attic. If she really loved him she’d buy him a Ruger. But how do we know that’s definitely what he’s saying? The words are so slurred, but not even like he’s lean. Like he’s worried the mic will grow hands, grab a knife and stab him in the back. I haven’t been quite so spooked since I heard Lil’ Wayne tell us he felt like dying.

Those who don’t follow the mainstream rap media may not quite be aware that this most likely isn’t an act. The news feeds are reporting he’s had a twitter meltdown, talking about how him and Waka Flocka spit-roasted Nicki Minaj and a bunch of other stuff that comes over somewhere between indiscreet and insane. For full details the best summary I’ve read is at The Smoking Section, snide comments about his grammar notwithstanding.