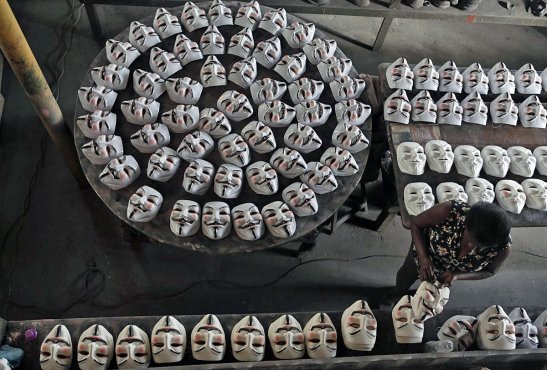 I’m friends with this guy on Facebook. He’s a producer, runs a small record label and PR company. I don’t really know him, of course, but I like and respect what I’ve seen and heard of his work. The other day he posted up the same notice a few times. He’s looking for writers to do reviews. Am I a writer? I dunno. I quite like writing, I suppose. Do I need money? Hell, yeah. So, on the outside chance this might be a paid gig, I decided to send this guy a direct message. Of course, I figured, it’s an extremely long shot, no-one actually pays writers these days, but it’s always worth a shot and I was kind of intrigued by what the work might be. An artist…paying for reviews? I can get my head around an artist paying for a press release, but that’s not what he’s asked for. Isn’t a review supposed to be critical? Shouldn’t criticism strive to be free from bias as much as possible? Wouldn’t it be really difficult to do that if the artist whose art is being critiqued (or someone who’s got an interest in that art) is paying for the bloody review?

“Whatever. Whatever, whatever, whatever” I thought, “You’re overthinking this, Ringo. Just ask the guy. He’s just careless with his words, that’s why he needs help writing press releases.”

Except…his reply, while not the clearest, didn’t seem to suggest he needed a press release writing. He confirmed it wasn’t paid work, before half-heartedly dangling the carrot that it might be, “if we get the reviews onto bigger sites / magazines”. That confused me. Don’t most sites and magazines have their own people to do reviews? “no.. they are always looking for new freelance writers” he replied. There the conversation ended. It had to. It was getting awkward. One of us clearly doesn’t have a clue how the media works, and I’m not sure I’ve the strength to contemplate which one of us is delusional without breaking down totally. Would he be able to place copy written by one of his ‘friends’ with any print magazine? I mean… I know the system’s always been corrupt, but are they really being that brazen about things these days?
Not that I have any real problem with that, you understand. Kudos to my man for trying to get ahead. But it did get me to thinking about the possible problems in such a system, and the opportunities those problems could create. What use is an endless virtual scroll of positive reviews? How do you stand out? How do you avoid wasting your money? Do you have to buy a bigger review? Not to mention the artistic dilemma. Without negative reactions, doesn’t all music become smug, complacent and ultimately repugnant? Which got me to thinking of my social duty as a writer. Frankly, what most creative types need is a good slagging off. Rappers are no exception. In the past I’ve held back cos I don’t fancy being a martyr and relentless negativity could easily turn me into a total arse. But if I don’t act who will?

So here’s the deal. From this point on I will adapt to the modern world and accept that sometimes (oftentimes?) the only person willing to pay for a record review will be the artist. But I will not accept that this has to lead to bland positivity. I think there’s some artists out there intelligent enough to realise a negative review is a much better investment, and I’m willing to take their money. So, to my Facebook friend and anyone in a similar situation, I will offer guaranteed negativity. I won’t just say you’re crap, I’ll say why you’re crap so people will have some kind of idea whether they give a toss about my opinion or not. Rates are negotiable starting at £10 for a one-liner as part of this column, rising up to however much I can take you for if I manage to get it onto one of the bigger sites or magazines.

Here’s three samples to be going on with. None of these were paid for, but I’d be willing to accept money in retrospect if any you feel so inclined.

• Who is Marvin? I dunno. I’ve watched his #Killuminati video and I’m still not quite sure. Someone who needs some lessons in building his brand, methinks. Start with finding a name that’s easier to Google, then work on his hooks. He might come across critics who object to some of his lyrical content, try to dismiss him as a paranoid conspiracy theorist. I’m not so sure. Not that I’m convinced our water is poisoned and the Woolwich murder was an inside job, just that it doesn’t matter to me if a rapper is insane as long as they’re entertaining. Marvin also needs to think about looking a bit further afield when filching his ideas. Those V masks are looking kind of played out now.

• G.D. Scott‘s Dear Moleskine is painfully bad. The kind of bad that makes you want to recoil but draws you back in with its spectacular ugliness. It isn’t just one kind of awful, it’s multifaceted. The total lack of charisma. The clumsy flow. An audio mix dumb enough to stick the vocal way up front so you can’t miss how awkward he sounds. The faux-humble arrogance of the note underneath his video “An introduction to a gap in hip-hop” as if what rap music’s been crying out for all these years is an influx of nerdy middle class tossers with no idea how to rock a crowd. The way his note goes on to give thanks “to Beverley for telling me where it sucked in the first cut” when Beverley was clearly far too embarrassed to tell him exactly how much it sucked and is no doubt mortified to see her name credited under this sack of shit.

• Sometimes the names people choose to represent themselves in the music industry baffles me. Like last month at an open mic when I saw some guy mumble through a series of enthusiastic but inept freestyles before someone took pity on him, asked his name, and this guy claims he’s called ‘Second Rate’. At least he knew it, I suppose. Or when I click on a link on spec, just looking for something to have on in the background while I do really boring work chores, and find out the LC in LC Collective stands for Lyrically Challenged. Way to sell yourselves, guys. On the evidence of the Mr Ti2bs featuring Struggles, Conceptually Challenged by have been more accurate anyway. It’s lyrically competent and overflowing with not inconsiderable bars of truth but sometimes honesty isn’t enough. They need something fresh to tie it all together. Maybe next time. Yeah, right.
• Ringo P