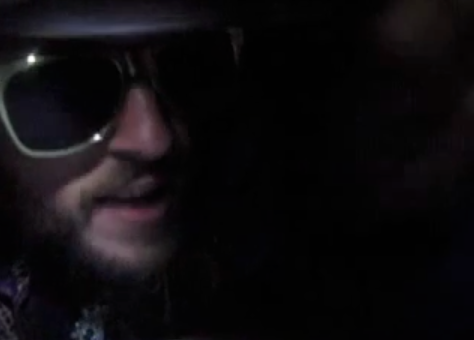 After disappearing from the scene a good few years ago to the wailings of the many fans mourning the loss of Dark Circle, a small but significant blip has appeared on the radar once more. Appearing, without notice, in my inbox today were these two low budget videos from one of the crews’ emcees – the elusive Anik. There’s no mistaking the trademark vocals of the former member of DJ Vadim’s Jazz Fudge roster, and he proves he’s lost none of his way with words as he drops the abstract on top of the electronic beats produced by an as yet unidentified producer.

I’ll be trying to chase up the man himself as to what we can expect from the forthcoming album these two videos are a prelude to, titled Crypto Chroma. I for one am glad that we’re gonna be hearing some more material from a long lost member of the UK scene.
• Koaste

This entry was posted on July 5, 2012 by Koaste in Hip Hop Videos, Live From The UK, Where Has He Been? and tagged Anik, Dark Circle, Hip Hop Hippies, Hoyke, Jazz Fudge.