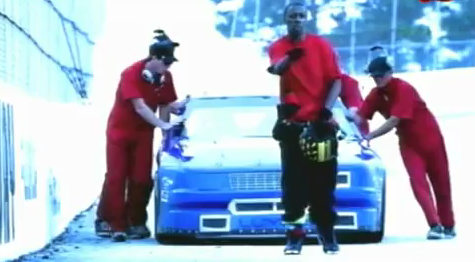 For some reason or other, this track has been getting bumped repeatedly on the Illwood Heights stereo system this last week. I think it was the very first track on Pete Rock’s 1998 album Soul Survivor, and to be honest, it was the best track on the album as far as I’m concerned. I remember at the time it came out, you’d hear a deejay drop the intro to this track in the club, and you’d then have about five seconds to prepare yourself for the chaos that ensued when those first drums dropped in. Even today, I think this has to be one of the best intros to a Hip Hop track ever made.

Then you had the emcees. This track came out the year after B.I.G was gunned down, and the smell of East coast/West coast rivalry hung over the genre. So for the king of the cameo, Wu Tang’s Inspectah Deck and the Dogg Pound’s Kurupt to team up with Pete Rock from NY and Cali respectively, was something of a coup for the legendary producer, letting people know that this coast to coast beef wasn’t gonna last forever. Absolute Banger.
• Koaste

This entry was posted on April 13, 2012 by Koaste in Blast From The Past, Hip Hop Videos and tagged Dogg Pound, Inspectah Deck, Kurupt, Pete Rock, Soul Survivor, Wu-Tang.